A Step-by-Step Guide to the App Development Process 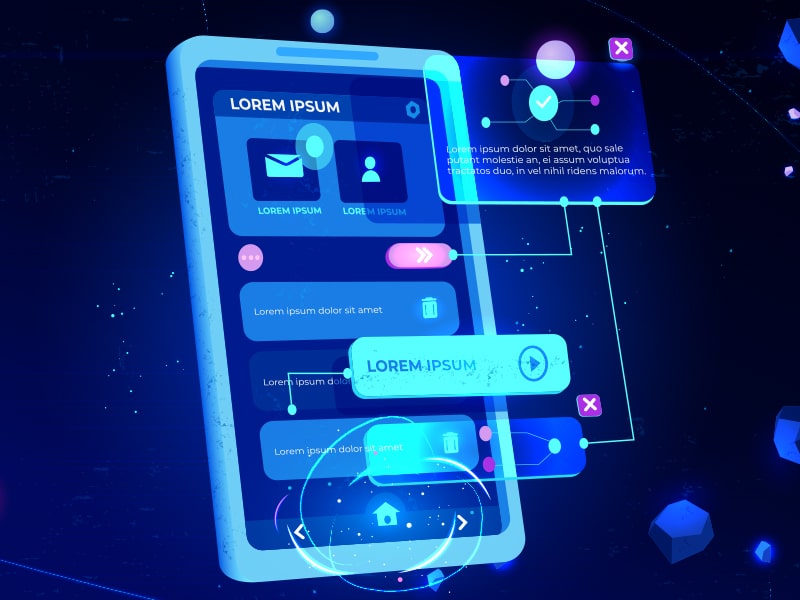 Imagine you have an idea for an app that you wish you had when you needed it. You decide to turn the project into reality, but you realize you don't know how the app development process works.

Before you rush into anything, you should consider how to develop an app well. That way, you can make sure your app will do well once you launch it.

Come Up With an Idea

The first step in the app development process is to come up with an idea for your app. Consider why you want to build an app and who the target audience will be.

You may also want to see if there are similar apps out there. Having competition can prove that your app idea is a good one, so you will have a better chance of getting users.

It's also essential to have a marketing plan for your app as well as a budget. That way, you will be able to make the most of the development process, and you can get people to download your program.

To confirm that you have a suitable mobile app idea, you should do some market research. This will help you learn about current apps that solve a similar problem to your app idea.

You can then see if there are any patterns regarding the shortcomings of other apps. For example, if the apps don't look good, you can know to focus heavily on providing a good design and user experience.

Consider meeting with some of your ideal users to learn more about their needs. Ask them questions, and use their responses to inform the features and design of your new app.

A wireframe is a very basic version of your final app design. When working with mobile app developers, they should create a wireframe to give you an idea of how the app will look.

You can make sure it meets your standards, so you can save time on the development. If you don't like the first version, you can have the developers come up with something else.

That way, you'll be on the same page regarding the design. Plus, you may learn that your initial design idea isn't what looks the best, so you can make it more minimal, for example.

The next step in the mobile app development process is to choose a platform. Native app development is excellent if you want to release the app on Android or iOS and want to develop for those specific operating systems.

Another option is hybrid app development, which uses HTML5. That way, you can develop one version of the app, but it will be able to run on Android and iOS.

Both platforms are suitable for app development, and neither one is always better than the other. Think about your goals for the app as well as the target user.

If most users have an Android, you may want to use native app development for that platform. But if there's a split between Android and iOS, hybrid development may be better.

Once you decide on the app development platform, your mobile developer should get started on the app. They can use the wireframe to inform the design and development at this stage.

Even if you know you'll want a lot of features, your first version may only contain a few options. Creating a minimum viable product (MVP) allows you to finish the app development process sooner.

You can always add more features with new versions, but you don't want to push off developing something. The sooner you get the first version ready, the sooner you'll be able to launch the app.

Test What You Have

After your mobile app developers finish the first version, it's time to test how the app works. The development agency may have people who can test the app, or you can test it.

As you test your app, look for any bugs or features that could run more smoothly. Consider having multiple people use the app, and be sure the test covers all devices the app will work on.

Then, you'll be able to catch some problems that may exist, whether that's with the design or the code. Your developers can go ahead and fix the errors before you launch the app to the public.

You can test your app as much as you want, but you should consider launching a beta version. This is where you let others outside of your company test the app to see how it works.

Ideally, you would find a few people in your target audience. They can give you feedback on bugs, but they can also give you their opinions on the layout and ease of use within the app.

If a lot of your beta testers report the same issues, your development team can resolve the problem. While you may still have people who don't like the design or interface, you can minimize that number.

Launch to the Public

After you run a beta test and resolve any major issues, you're ready to launch your app to the public. You can set a launch date, so you can build hype before the app comes out.

Then, you'll be able to get even more users to test your app. The first version may still have some issues that you need to fix, so make sure you work with a developer who can make updates.

At this point, you can focus more of your efforts on marketing the app to get more downloads. You might not get many downloads at first, but you can slowly get new users.

The App Development Process Made Easy

A good app development process starts long before you launch your software. You need to start with a good idea, find a developer or team you trust, and do plenty of testing.

When you're ready to launch, you will have the best possible version to put on app stores. You can always make improvements later to encourage people to keep using the app.

Do you need to hire someone to develop your app idea? Contact us to learn how we can help.