40% of people share photos of food they never eat 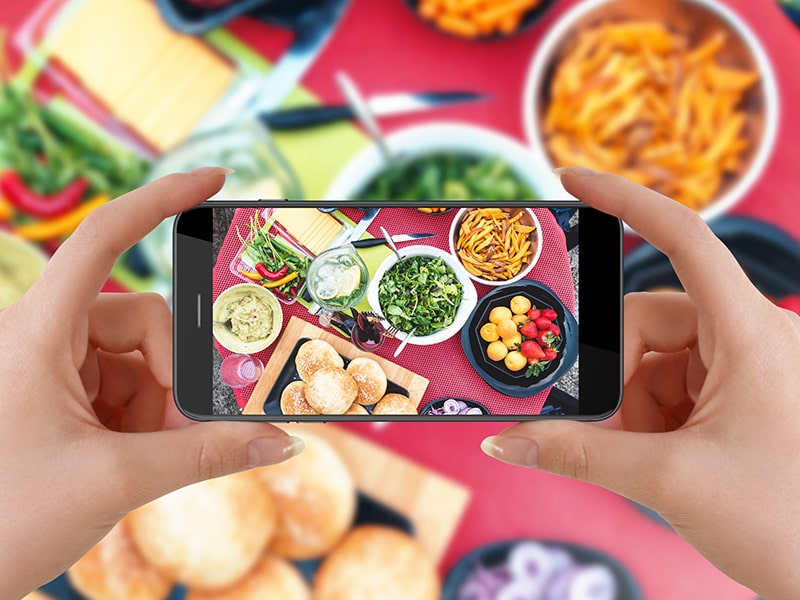 Do you share photos of your food on social media, also known as "foodstagramming"? According to a recent survey, 40% of people say they often share photos of their food online. But many people don't even eat that food.

In a survey of 2,000 people, 40 percent admitted to uploading images of food or beverages they never even consumed. Another 19 percent confess that they never intended to eat the item from the start. 27 percent of respondents add that their desire to post more attractive food photos on social media, has led them to change their diet over the years.

We can see social media continuing to influence people's habits in unexpected and unique ways, including food trends. What we found interesting was the importance of photogenic foods and how that has influenced the rise in food popularity.

It's all about the likes, the data will surprise you...

Food worthy of social media, a survey conducted by OnePoll on behalf of California Figs, reveals that 57% of people will physically move or rearrange a dish to get the best angle for the photo. Six in 10 (59%) have stopped their friends from starting to eat just to get a photo of their order first, surely this has happened to them with a friend?

How does what they see on social media affect users?

It turns out, more than half of respondents 53% have been inspired to try a recipe after seeing it on their feed or timeline. This "camera eats first" behavior is most often seen among millennials, people born between 1981 and 1999. Sixty-nine percent of them take photos or videos of their food before eating it.

The foodie magazine Chef's Pencil analyzed the most popular foods on Instagram in February 2021. It found that among the top 10 most popular foods were cake, chocolate, pizza, ice cream, cookies, burgers and salad. What's your favorite to photograph?

Are social media the cookbook of the 21st century?

Many social media users say they look at photos of pizzas 41%, burgers 37% and specialty cocktails 30%. Social media is also increasingly important as a tool for finding new recipes; 54% of respondents use it most often, behind general Internet searches 62% and ahead of traditional cookbooks 44% in terms of popularity.

Undoubtedly, social networks have a direct impact on the consumption behavior of users, imposing trends, increasing purchases and more. Interesting, isn't it? Do you want to know how to generate an impact strategy in social networks and boost your company's sales? Contact us, we will help you gain visibility and positioning in the digital world.