6 points you should know about designing apps 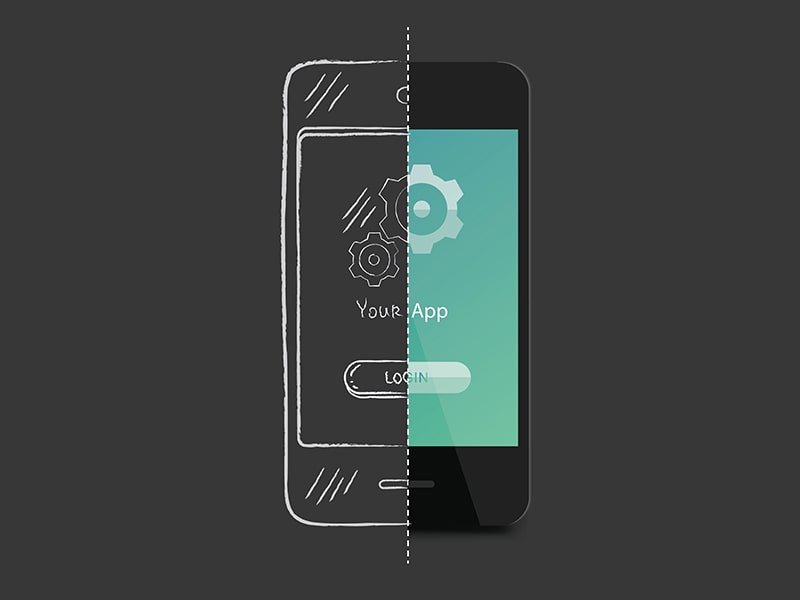 For many years in the digital marketing industry, we have designed and developed apps but we have also faced evolutions and trends, designers and developers know this and always seek to be at the forefront.

Despite the changes in tools and functionalities, there are some things that have remained the same, such as the design process of an app and the different phases that constitute it. We agree with many app creators in preserving this process, and for that reason, today we tell you how each of the phases are approached.

Over the years, the process has improved, the terminology has been adopted in the industry, and now we all speak the same language, and those of us who haven't yet, we are sure that they will succeed with this explanation.

We might think that these phases are very obvious to those of us who know the web development industry, but for those who are just trying, it is not. All part of a very basic question, but essential: How do you design an app?

When people think of designing something, their thoughts regularly revolve around the visual aspects of a product, pixels, sketches, grids, and more. Although that is usually a common mistake, since since the idea arises, we are producing something, we are designing...

It all starts with an idea, this could be your idea or an idea that a client approaches with you. But first you must be aware that ideas are nothing more than passing ghosts of something that could one day become a product.

Now you can start this phase successfully!

We tend to give too much importance to ideas, the best thing you can do is keep your idea malleable and changing for as long as possible, this will lead to better results, because ideas are nurtured, reviewed and changed.

Ideas come with questions, and the most common ones in apps design are usually these:

Is this idea financially viable?

Making anything takes time, effort and money. Can you recoup your investment? Does the idea have a solid plan for revenue? A realistic one?

Is this idea technically feasible?

Can this be made? Who is going to make it? How would we go about making it? What sort of tools do we use? What sort of data/API/touch points do we need? What are the obstacles facing the implementation of the idea

Is someone else already doing this?

Most things today is a remix. That’s cool, but what is it that we can do better? What components of this idea differentiates from existing ideas? How are we adding something new to the market?

Could this be made simpler/different?

Are there other ways to accomplish the same goals? Other methods that could be more effective or take less time to execute on?

Those are just some of the tough questions to ask yourself when your or your clients' idea is taking shape. When you're finally satisfied with an idea, it's time to put it in writing.

A 'Spec' or a 'Specification' are those sheets of paper or blackboards that declare what the app does and how it does it. It's the blueprint, so to speak.

There are quite a few ways to do a spec, ranging from the simplest (also sometimes called 'short') to the complete breakdown of everything. Regardless of the shape you choose, always make a specification. Forever!

Many initial ideas and assumptions are explored and illuminated in this document, keeping everyone involved in tune with what is being built. It can also be beneficial to periodically review a specification and update it retroactively as the project moves into its next phases.

Cheer up! The real trick is deciding what to include and what to leave out of a spec. It's best to keep things short and concise under the assumption that the more you write, the more you can misinterpret.

Wireframes, or low fidelity mockups, can be either part of the spec or built from the spec. Information Architects (iA’s) and User Experience Designers (UX designers) usually take ownership of this phase but, the truth is it’s important that everyone on the team discuss and understand how the product is put together and how the app is structured.

Starting from this point, it is advisable to carry out workshops either internally or, ideally, with the client to review the specs, screen by screen, and the wireframes on the blackboard. They are then incorporated into a tool to digitize, share and review them.

There are many tools that will help you with wireframe, such as Omnigraffle or Sketch, Adobe XD some still prefer Photoshop. You choose!

This step and the next three are closely connected, regularly run in tandem, always with spec and wireframe at hand. Now we are ready to move on to the prototype!

But, what is a prototype?It is about creating a basic version of the app, with the aim of testing hypotheses and obtaining early feedback, here we can already visualize a closer idea of the app, and you still have time to make some changes.

We use different tools for the prototype phase, but the most common for its practicality and ease of collaboration is Adobe XD. If what you want is something more interactive, there are tools like Invision or Marvel.

Do not forget that if you have already reached this stage, it's because your idea took shape, and it's important to value the magnificent work of designers and developers.

This phase involves much more than "designing the application", the visual design deals with the appearance of things. Not only making things look good, but also making sure there is consistent and identifiable visual language throughout the app.

Here the design helps, not only to tell a story and communicate your brand, but also to guide users through pleasant experiences.

- It should support the general spirit of the idea, the objectives defined in the specifications, the flows established in the wireframes and the prototype learnings.

- It must create a coherent and consistent experience, tell an engaging story.

- Differentiate the product from other products.

Visual design almost never ends when you hand something over to the developer. It is a continuous process of evolution and constant evaluation of the visual rules that were imposed.

The next step is the development of the app, by then, the developer ideally intervened in the previous phases, commenting on the difficulty of implementing the designs.

Many times we tend to separate design from development, however we believe that working together brings better results, since the experience of each of the collaborators adds different perspectives.

Everything must be a balance between both proposals, because simply a design could multiply the difficulty of the implementation, but if it’s done together, the designer can provide great ideas to improve the navigation of the app, as well as the user experience.

Designers are really a key piece in any app project. However, we cannot say that we have a manual for making apps, because as you can see the journey is long, and anything can happen, but what is certain is that with a defined process the way is safer.

As we told you, the tools have changed a lot in recent years and the things we do have also changed, but the process of creating applications remains largely the same:

You have the idea, you write it, you make the prototype, you create the "perfect" design, and you pass it on to the expert hands of the developers.

The experience has helped us to know the needs of our clients, we know what is best for them, we build experiences, we follow processes that help us make decisions and the best ... yes, we are ready to create your app and achieve your clearly defined goals. Go to your new digital power house!