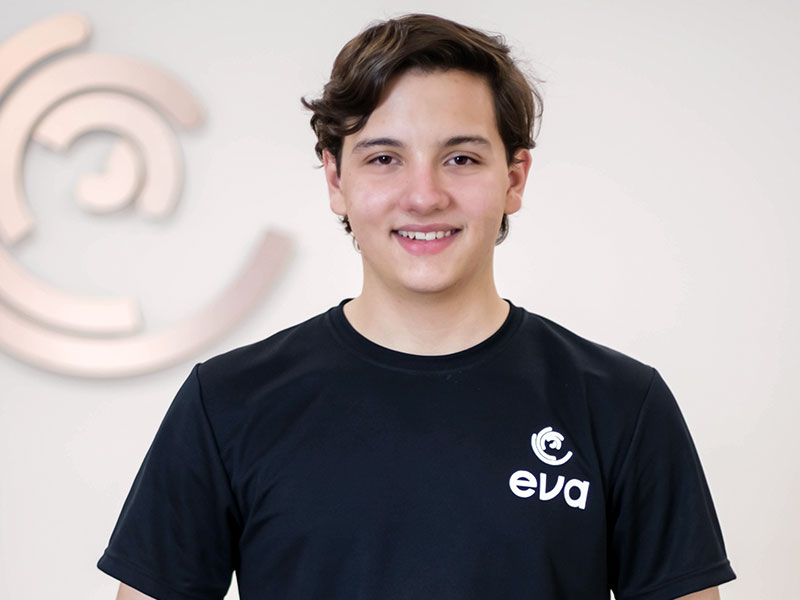 A few weeks ago, we received a visit from Julián Ríos Cantú, the 20 year old engineer who revolutionized the method for early detection of breast cancer in Mexico. He shared with the entire team the enthusiasm, strength and vision that have enabled him to accomplish his goals, with the firm conviction that there is always a better way of doing things.

Eva Clinic is a concept that challenges clinical medicine by doing early detection for one of the diseases that causes the most deaths in women. According to the World Health Organization (WHO), this cancer is occurring with increasing frequency around the world due to the adoption of Western lifestyles as well as other factors.

In his quest for early detection of the disease after having experienced it firsthand with his mother, Julián Ríos has devoted his life to developing better technology for the early diagnosis of breast cancer. He has managed to do this at a laboratory measuring only a few square meters in which women can take the test in just 10 minutes without outside assistance.

Concerned about the welfare of the team, the Ingenia Talent division in collaboration with Eva decided last December to invite women who are part of the agency to take the test to ensure early detection of any abnormality. Over 60 people, including friends, family members and the partners of the employees, took part in this important initiative at a temporary laboratory set up at the agency’s offices.

The test consisted of creating a three-dimensional thermal map of the chest for analysis by artificial intelligence algorithms in order to detect any abnormality using a method that employs infrared light. It is a non-invasive and painless technology, which offered both safety and peace of mind to the women, who took the test and received their results a few days later.

We share Julián’s vision. He says that what he most wants is to improve the primary care services around breast cancer with a clinic that enables women to have the state of their health diagnosed, all without having to go through an obscure and difficult process as is often the case at many clinics dedicated to this task.

Thanks for your visit, Eva Clinic!